Why are keepsake photographs so precious? Or why do we take these type of photographs? I guess the secret lies in it’s relation between reality. Is it possible to consider that image of photography is not related to the object such as the images created by other plastic arts?

That is being the vestige of person then being an object or image of him. While other arts  helping the mind of reviveing the image, they act as intermediary to show the actual physical existance. Photography is certainly seperated from other reproductions by it’s way of creation. It’s a physical trace of the object and the evidence of presence.

Photography indicates an interruption in continuity. For this reason, the concept of time is the combination of studiums of all photographs. So each taken photograph is having “keepsake” character for humanity, regardless of the photographer’s intention. At the same time, the “existence” feeling might be strengthened by the photographer’s method of approach to the subject.

Although the view of human eye has a subjective character, the content of the photographic view is objective. The psychological filtering which is created by human brain is not the object of  photographic view. A camera lens is having an unbiased attitude in view of all things in it’s field of vision.

For this reason, nothing can remain off the record inside cone of vision. The actuality is more important than the subject. Photography withdraw us through the magical world of randomness. We look at the photos, we remember them and astounded by them.

I’ve read it somewhere, it was like: “If keepsake photos have something to say to next generations, it will be: “I was here, I lived, I was young, happy and someone in this world rate me enough to take my photos.” 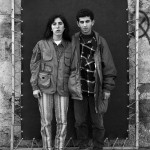 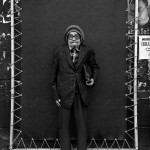