EXHIBITION; Souls in the Deep

Silva Bingaz was born in 1967 in Malatya. Silva Bingaz currently lives and Works in Istanbul.

Her first photography project, Evde Değilse Nerede (Where, if not at Home), was an echibition featuring slide transparencies. This was the starting point of a three-year project involving and Iraqi migrant woman named Beyan. Encounters and interaction with mastr photographers from various countries have shaped Bingaz’s understanding of the technique and aesthetics of photography, her experience with its exhibition, and her awareness of contemporary trends in the medium. A turning point fort he artist came in 2002 when she enrolled in a workshop with Anders Petersen who, in 2006, invited her to work in his darkroom in Sweden. Subsequently, Silva Bingaz participated in various workshops dedicated to providing a critical understanding of image making, which gave her an opportunity to work closely with major photographers in a number of countries and most notably in France.

Selections from Bingaz’s project Coast were shown in 2007, at the veneu DEPO in Istanbul, and in 2008, at the Kalfayan Gallery in Thessaloniki, Greece. She took part in EU WOMEN, a project presented in 2007 in Lodz, Paris, Sevilla and New York City. Bingaz also participated in the exhibition Mahalle organized as part of the Portable Art Project of the 2010 Istanbul European Capital of Culture Agency. The same year, she was invited to the Japanese city Tottori as one of the photographers selected each year from European Capitals of Culture to take part in the EU-Japan Fest cultural exchange program “European Eyes on Japan”. Her Tottori project was published as a book in Japan and also exhibited as part the Istanbul 2010 European Capital of Culture.

Souls in the Deep

Whereever I go on the earth I try to spin the same cacoon.  It is a scientific and mental documentarism to emphasize the visual differences of the places I visit. And when I think out of the box and use my senses and instincts, then I take the first steps of reaching the spirit of the place that I visit. To me, understanding the spirit of a city, or a country or this earth means, knowing that it is as the same as human soul’s  very basic existence manners.  It is hard to call these photographs Marceilles, Istanbul, Tottori or Tripoli seeing the abstract similarities without noticing the figural differences. Those are Nadir, Natsuki, Osamura or Raymond and the reflection of human souls that are our common dynasty. 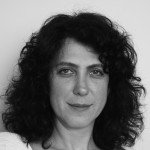 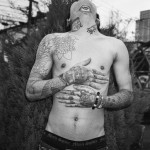