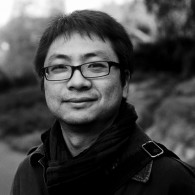 ZHANG Hai was born in 1976 in Kunming, Yunnan Province, China. He studied architecture in Chongqing, Sichuan Province and Miami, Florida, USA, and earned his master’s degree in 2001. In 2008, he chose to quit architecture and devote himself entirely to exploring his concerns for the human condition through photography. He started working on personal long-term photographic projects such as “To Kill A Mockingbird” about stereotypes in America’s Deep South, and “Chinese, overshadowed by China,” in China and the USA, about people as individuals rather than “part of the big picture.”

Now based in New York City, he regularly travels back to China to photograph the disadvantaged within the ever-changing and sprawling Chinese urban landscape. Deeply rooted in the humanistic “concerned” tradition, both in terms of his more intimate personal subjects and his broader projects regarding society at large, his works have been exhibited at the Godwin-Ternbach Museum in Queens, NY; Kansas State University; and in other galleries and institutional venues in New York City; Washington, DC; San Jose, Costa Rica; and China. He received a two time artist-in-residency from the Monte Azul Center of Arts of Costa Rica to document a self-sustained mountain village in the southern region of this Central American country. He has lectured at the New School’s India-China Institute, the Brooklyn Public Library, Asia Society and the Asian-American Arts Centre, all in New York City.