EXHIBITION; For My Father

Emine Ceylan was born in 1955 at İstanbul.  Some period of her childhood passed in Yenice, Çanakkale.  After secondary school Yenice, she graduated from Bakırköy High School. She started the Marmara University Faculty of Dentistry in 1973 and  graduated in 1978. She has worked as a dentist in her own clinic for 19 years.  She abandoned the dentistry completely in 1998.

Her  photographic work which has started after university, has increased continuously up to the present.  After the first 20 years of work in black and white and dark room, she has been working digital works for 4 years.  She is performing every steps of photos up to the pressure.

Her photographic work often will not come out of an idea as they say , generally feeling flows, intuition or a sudden spiritual intensity that collapses on herself  pushes her on a topic.

The interesting of it , a new thing or things like fashion does not interest her at all. She thinks that she sometimes works the same subjects again and again. “For My Father” and “Time Travel” , which perfomed with her daughter,  was the series that she performed in recent years. Her favourite photos and photographers are not often from today, they are from past. (suchs as Mario Giacomelli ve Sudek). She believes that the digital revolution in the photo is not carried it forward.

There are 10 photographs of a selection from the series “For my father” here. It is a serie of themes which is commingling such as old age, daily life, memories and the passage of time. Not only the photographs, but also unique memories has remained behind. Her father emigrated to eternity after 4 years of these photographs.

Now place the photos were taken, he lies  under the pines next to where he wander for years, beneath the overlying branches of oak.  He was a real person that sheds light on the future, he was a father mixed with ideals  and  also was a real person with all the weaknesses.

People die, also photographs die, they fade, turn yellow, almost water can be drawn. Time swallows everything. A lot of the rest of the photos has fallen away with her  father’s death as though.

The remaining 25 years, she held 15 solo exhibitions. She participated in many group exhibitions in Turkey and abroad. She has three photo books.  In addition, she has published a book called  “Winter Journey” which is the collection of her essays. (2007).

She often has been painting for the last 3-4 years.  Stories and photos also continues. 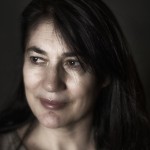 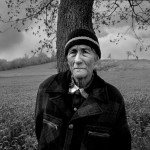 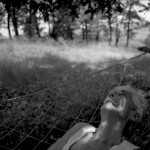