Zwart’s work has been widely shown in solo and group exhibitions, among  dutch  masters in photography  Koos Breukel, Sanna Sannes and Ata Kando.

His first solo show in Turkey took place in 2006 at the  Karsi Sanat Gallery in Istanbul.

In 1986   Zwart  visited Istanbul for the first time. The energy of the city, it’s ancient history and people made an indelible impression, but it was until 2001 that he returned to Istanbul. This time to work on a long term project about a gypsy family. Zwart moved to Istanbul in 2008. To understand the city better  he started to explore his new environment more  intensively. His first seri titled  “Genius Loci” made in 2009  depicts  dreamlike atmospherical photographs of ordinary places reflecting the city in  relation with it’s rich past. His second photo seri which depicts  black tarred facades in Istanbul  titled  “ZIFT”.

Wandering through the neighborhoods of Istanbul, Zwart noticed these hugh black surfaces, their shapes and structures, most times marked with traces of  human activities. The works are photographed with a medium format camera. By using color film Zwart explores the colorful world of black facades in all their  nuances.  Arjen Zwart currently lives and works in Istanbul. 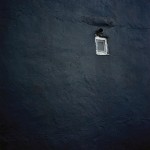 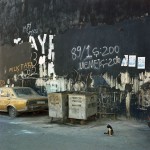