Ara Güler was born in Istanbul in 1928. The most important living representative of creative photography in Turkey today, he has a well-established international reputation. He began a career in journalism with the newspaper Yeni İstanbul in 1950. He became a photojournalist for Time-Life in 1956 and for Paris Match and Stern in 1958. Around the same time, he joined the Magnum Agency. In the British Journal of Photography Year Book published in the UK in 1968, Güler was named one of the seven best photographers in the world. In 1962, he received the ‘Master of Leica’ award in Germany. Güler has held hundreds of exhibitions of his work all over the world. He has also interviewed and photographed numerous celebrities ranging from Bertrand Russell and Winston Churchill to Arnold Toynbee, Pablo Picasso and Salvador Dali.

Many examples of Ara Güler’s photographic work are to be found in institutions such as the French National Library in Paris and the Sheldon Collection at Nebraska University as well as in private collections in Boston, Chicago and New York. His photographs are also on display at the Ludwig Museum both in Cologne.

Six doctorate theses have been written on Ara Güler including one in German from the University of Münich.

Ara Güler also made the documentary film Kahramanın Sonu (A Heroine’s End), an account of the dismantling and scrapping of the Turkish battleship Yavuz. 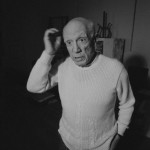 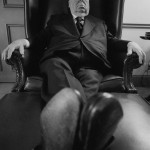