Andrei Polikanov was born in 1961 in Moscow. He graduated from the Military Institute of Foreign Languages in 1987 and over the next six years served on several missions in Angola as a commissioned officer. In the early 1990s, Polikanov worked as a fixer and stringer with Anthony Suau, Christopher Morris, Stanley Greene and other prominent international photojournalists, producing stories for such major international publications as Time, The New York Times Magazine, Stern, Focus, Spiegel and Paris Match on events in former USSR territories (including conflicts in Nagorno-Karabakh, Chechnya, Transnistria, Abkhazia and Tajikistan). From 1996 until 2007, he worked as a photo editor at Time magazine’s Moscow bureau and since then has been director of photography at Russian Reporter magazine.

Polikanov is a member of various national and international photo contest juries (World Press Photo, Visa d’Or in Perpignan, Press Photo Finland and Interfoto Russia, among others). He was a member of the Joop Swart Masterclass independent selection committee and a judge for World Press Photo’s educational program for the Middle East and North Africa (MENA), a reviewer at the FotoFest International Portfolio Review, a lecture at the International Bursa Photo Festival. He has taught numerous workshops on photojournalism, both in Russia and worldwide, since 2005. These include being a mentor at the Open Society Institute Documentary Photography Project Grantee Workshop, a mentor at the World Press Photo educational project in the Caucasus, a Consultant at The International Center for Journalists, as well as at the International Summer School of Photography and the Danish School of Media & Journalism. 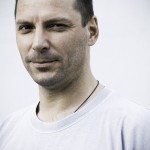 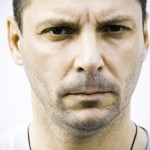