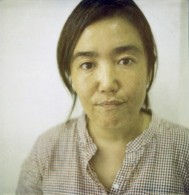 Yumi Goto is an experienced independent art and documentary photography curator, editor, researcher and consultant who focuses on the development of cultural exchanges that transcend borders. She collaborates with local and international artists who live and work in areas affected by conflict, natural disasters, current social problems, human rights abuses and women’s issues. She often works with human rights advocates, international and local NGOs, humanitarian organizations and as well as international photo festivals and events throughout Asia. She is a founder of Reminders Project, and has launched Reminders Photo Project Grant For Asian Photographers ”Visual Story Telling” with the Angkor Photo Festival. She is a curator of the weekly photography blog, Reminders: I was there, and an editor in chief of pdfX12, photo documentary folio.

Ms. Goto is a board reviewer of Emphas.is (Crowdfund Visual Journalism), Prix Pictet Photography Prize nominator, 2012 MAGNUM Emergency Fundnominator, Photo City Sagamihara Asia Prize nominator and a jury member of the Asian Women photographers showcase for the Angkor Photo Festival, a jurist for the Foreign Correspondents Club of Thailand annual photo contest 2010, and for the KL Photo Award 2011. She is a curator for the Photo Forum Beirut and a photo editor of the 100th memorial photographic book project, ”This day of change” by the Japanese publisher Kodansha which was nominated Lucie Award’s support Category. She is a recipient of Women’s Human Rights Activities Award, Yayori Journalist Award.