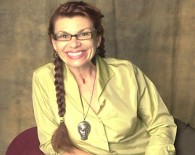 Maggie Steber was born and raised in Texas, documentary photographer Maggie Steber has lived and worked all over the world. Early in her career she worked as a reporter and photographer for the Galveston Daily News and as a picture editor for the Associated Press in New York.

Steber’s photos have appeared in magazines around the world, including Life, the New Yorker, Smithsonian, People, Newsweek, Time, and Sports Illustratedas well as Merian Magazine of Germany, and The Times Magazine of London, among others.

Her work in Haiti won Steber two major grants (the Ernst Haas Grant and the Alicia Patterson Foundation Grant for Journalistic Exploration of a Subject) and culminated in 1991 in the publication of a book, Dancing on Fire: Photographs From Haiti. Steber has also won the World Press Foundation Award, the Leica Medal of Excellence, an Overseas Press Club honor, and Pictures of the Year awards. She has served as a judge for many photo competitions, including the National Press Photographers Association (NPPA) Pictures of the Year competition.

Our Maggie’s mother work is in mediastorm – Rita of Passage