Jeremy Sutton-Hibbert grew up in Scotland, where on his 13th birthday he received the gift of a camera. A few years later Jeremy subsequently became a UK based freelance photographer for editorial, corporate and NGO clients for 14 years, until deciding the light was too grey and the winters too dark.

Deciding to bring colour into his life he has relocated to Tokyo, Japan, where he now lives and photographs. His work has appeared in magazines such as Time, National Geographic, Italian Geo, Le Figaro, The Guardian, The Sunday Times, and many others. For the past decade Jeremy has been one of the principle photographers for Greenpeace International.

In recent years Jeremy’s work has taken him to over 40 countries, as far flung as Antarctica and Outer Mongolia. His personal and commissioned work, for which he has been the recipient of photojournalism awards, has been widely published and exhibited in Europe and USA. 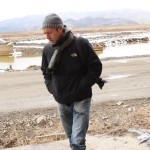 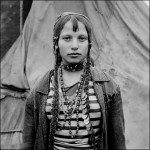