Jeffrey A. Wolin is Ruth N. Halls Professor of Photography at Indiana University School of Fine Arts, where he served as Director from 1994-2002. Wolin received his A.B. in English literature from Kenyon College and his M.F.A. in Photography from the Rochester Institute of Technology. He has been awarded two Visual Artist Fellowships from the National Endowment for the Arts and a John Simon Guggenheim Memorial Foundation Fellowship for his photographs with text.

Wolin’s series of portraits of Holocaust survivors, Written in Memory: Portraits of the Holocaust, was published by Chronicle Books, accompanying solo exhibitions of this work at the Art Institute of Chicago; International Center of Photography, New York; Chrysler Museum of Art, Norfolk, VA; Indianapolis Museum of Art and Haus Bill in Zurich, Switzerland. Work from this series was included in Mémoire des Camps, which opened at Hotel de Sully in Paris and traveled to Fotomuseum Winterthur, Switzerland; Palazzo Magnani, Italy; and Museu Nacional d’Art, Barcelona, Spain.

Wolin’s solo exhibition of portraits of Vietnam War Veterans opened at the Museum of Contemporary Photography in Chicago in 2005. Umbrage Editions of New York published an accompanying book, Inconvenient Stories: Vietnam War Veterans. Wolin traveled to Vietnam twice to photograph Vietnamese war veterans and has expanded the project to include all sides of the war. From All Sides: Portraits of American and Vietnamese War Veterans is traveling to museums in the US and abroad. It was featured at the Photo Biennale, Lyon Septembre de la Photographie in 2010. 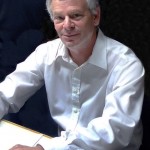 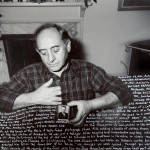